Audit authority calls for a tourism policy or Act

You are here: Home » Blog » News » Audit authority calls for a tourism policy or Act 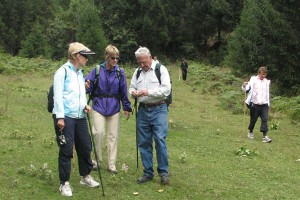 If the tourism industry, the second largest revenue source of the country, is to do better it needs a policy or legislation.

The latest performance audit report of the industry states that one of the main weaknesses that plague the tourism industry is the lack of a legislation or policy.

The tourism bill and the draft policy were under discussion since 2005.

“In absence of these basic legal instruments, the concerted effort and direction seems to be lacking thus impeding focused directions and coordination for development, promotion and regulation of tourism industry,” the report stated.

In absence of a comprehensive tourism act or a policy, the Tourism Council of Bhutan (TCB) carries out monitoring activities on an ad-hoc basis and without any established standard procedure or guidelines.

“The council should formulate a policy and an act to ensure effective implementation of rules and regulations and enhance coordination and proper management of tourism activities,” the RAA recommended.

“TCB should review its pricing structure to make it more responsive to the pace of global economic developments.”

The RAA stated that the timely review of existing tariff structure and making it more dynamic and responsive to the pace of global economic developments might help government reap the optimum advantage from this economic jewel of the country.

“However, the tariff review should not undermine the underlying principles and objectives to promote Bhutan as a high-end tourists’ destination,” RAA report stated.

However, the arrival during the year has not yielded corresponding increase in the income, RAA found. The gross earnings in 2015 decreased by 1.59 percent from 2014 despite increase in arrival by 16.21 percent.

RAA also found that the current system of assessment and accreditation of hotels by the Council does not follow a systematic process. There was no governance and oversight for the accreditation system, including processes for internal quality assurance.

Inconsistency in the application of existing rules and regulations were observed which is likely to impede effective implementation of plans and programs.

The report pointed out that flaws in payment procedures of applicable tariff were observed and due diligences were not performed by TCB for the refund of payments for cancelled tour programmes.

There is no proper coordination between regional trade and industry office, revenue and customs department and TCB resulting in non-filing of taxes by tour operators. The audit team found that 37 tour operators did not file their tax returns in 2015.

Non-achievement of plan objectives in the sector was observed. The RAA attributed such poor performance to poor planning and lack of adequate monitoring at the time of implementation.

The tourism sector is primarily governed by the government’s Executive Order issued on January 30, 2008.

The audit focused at reviewing the adequacy of legal and policy framework in achieving the policy objectives of ‘high volume, low impact,’ assessing the effectiveness of internal controls in preventing or checking the occurrences of undesirable practices such as, undercutting of tourism tariff; and reviewing the adequacy of institutional framework, in particular the monitoring and coordination mechanism.

The auditors also evaluated the achievement of targets and objectives of the sector.

The audit covered the period from 2011to 2015. The National Council requested RAA to conduct the audit in December 2015.