BHUTAN-1 ready to be delivered for launch

You are here: Home » Blog » News » BHUTAN-1 ready to be delivered for launch

Hitting a milestone in the history of space science and technology in Bhutan, the country’s first cubesat BHUTAN-1 is ready for delivery to the Japanese Aerospace Exploration Agency (JAXA) for launch. 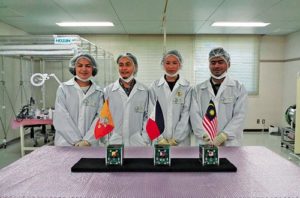 The news was shared during a press conference via video conferencing for cubesat Flight Model (FM) delivery organised by the Kyushu Institute of Technology (Kyutech), Japan yesterday.

The cubesat, weighing less than 1.5kgs will be delivered to JAXA sometime in April.

Bhutan, along with Malaysia and the Philippines, is currently participating in the second joint global multi-nations BIRDS Project called BIRDS-2, initiated by Kyutech, represented by four engineers from the telecom and space divisionof the information and communications ministry (MoIC).

“The project began in late 2016 as a manifestation of His Majesty The King’s vision for Bhutan’s foray into space science and technology and for Bhutan to make a preliminary entry along with members of the international communityinto space.”

He said that space science and technology has the potential to leapfrog socio-economic development and especially so for a country like Bhutan with a dispersed population and a harsh and physically challenging geographic environment.

These applications and uses of space science and technology will also facilitate Bhutan, as it will for other developing countries to speed up and facilitate the government’s efforts towards achieving the United Nation’s sustainable development goals, he said.

Dasho KarmaW Penjor said it is a special project since it has enabled Bhutan to develop the country’s first satellite called BHUTAN-1 and also train the first space engineers.

Initial estimates showed that the whole process from training the engineers to launching the nanosat and building a ground station in the country would cost around USD 280,000.

Under the BIRDS-2 Project that began in November 2016, the engineers along with participants from the 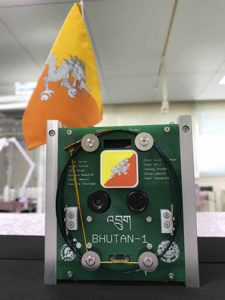 With the finalisation of the missions by December 2016, the team began designing and testing the design by March last year. After verifying the functions of each sub-system, the team built the first Engineering Model (EM-1) of the satellite in June. By October, the EM-2 was completed and works on developing the Flight Module (FM) began.

Annually, the national broadcaster spends around Nu 9.5 million (M) to use the INSAT communication facilities to broadcast BBS TV throughout the country. Bhutan Telecom invests around Nu 3M to provide telecommunication services and the Department of Hydro-Met Services pays around Nu 1.2M every year for the GLOF early warning systems.

Once launched, the satellite will operate in a low altitude of about 500km to 1,500km. With the help of two high-end cameras fitted on the satellite, it will take high quality photographs of the country, help examine the conditions of the glaciers, lakes, forest covers and provide basic communication services.

Bhutan became a member of the International Telecommunication Union in 1988.