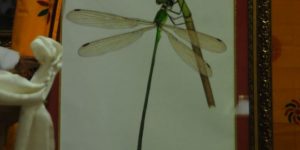 Celebration: The first birth anniversary of His Royal Highness The Gyalsey Jigme Namgyel Wangchuck was marked with a large number of launching ceremonies across the country as ministries, dzongkhags, agencies, and communities celebrated the joyous occasion in their own best possible ways.

The Ministry of Agriculture and Forests launched the much-awaited National Forest Inventory Report. The inventory ended in 2015, three and a half years after it began.

The  first volume of the report presents the state of forest resources focusing on the trees. Seventy-one percent of the country is under forest cover with an estimated tree count of 816.5 million trees.

This is about 0.02 percent of the total global tree count estimated to be 3 trillion trees as per a study conducted by a team of scientists in 2015.

On an average, there are 213 trees found on a hectare of land.

The results, forest officials said, provide the baseline information required for strengthening science-based forest management which will enable the Constitutional requirement of 60 percent forest cover for all times, to be maintained.

The inventory exercise that claimed the life of a forester was supported by several development and conservation partners such as SNV, BTFEC, FAO, EU, ICIMOD, Forest Carbon Partnership Fund, USDA-Forest Service, Washington University and Yale University.

Prime Minister Tshering Tobgay presented the foresters involved in the survey with certificates.

The ministry launched numerous centres to revive and strengthen livestock and for wildlife conservation.

The birth anniversary was marked by the launch of the native poultry or breeding and conservation centre in Lhuentse, National Mastiff Breeding Centre at Gasa, and National Yak Breeding Farm in Haa.

Livestock officer Tshewang Tashi said Bhutan has 10 indigenous lines of chicken among which, , and the are slowly becoming rare. “The department aims to make the conservation of native poultry breeds viable by promoting a successful business model,” he said.

Livestock officials said Bhutanese Mastiff dogs available today have lost their inherent genetic characteristics. The resistance of this dog breed to diseases and its natural guarding instincts have diminished due to improper breeding.

Livestock officer, Tawchu Rabgay said yak farming in the country is an important source of livelihood for highland transhumant herders of 10 dzongkhags. Today the yak population stands at 38,222 belonging to 994 households. “Yak farming is recognised as a critical part for maintaining the mountain ecosystem and for safeguarding the northern frontiers by exercising their traditional grazing rights in the alpine pasture lands,” he said.

He added that with socio-economic development, herders are vacating the frontiers by migrating to the urban and lowland areas. “The government is concerned of the gradual loss of tradition and culture associated with transhumant herding and loss of biological diversity. Furthermore, deterioration of yak quality is also observed,” he said.

The farm establishment is funded by the Bhutan Trust Fund for Environment Conservation (BTFEC) at an amount of Nu 9.39 million including rangeland management activities in the area.

The Department of Forests and Park Services launched the Regional Tiger and Cat Research Centre at Tingtibi, Zhemgang.

A local tiger researcher, Tshering Tempa said that the centre will help in the regional conservation of the tiger as Bhutan is part of a critical linkage between the tiger conservation landscapes in Northern and Central India with North-East India and the Northern Forest Complex of Myanmar.

A recent study estimates that there are about 100 tigers in Bhutan, which is four percent of the global tiger population.

“With the establishment of the centre, we want to show that Bhutan leads not just in policy of conservation but in cutting edge research on conservation as well,” Tshering Tempa said.

With only seven percent of its historical range and a population of below 3,200, tigers have been listed in the IUCN list of endangered species since 1969.

The new Southern Wildlife Rescue Centre at Jigmeling, Sarpang will cater to veterinary care and rehabilitation for wildlife in the southern and central parts of the country. The 15-acre centre also serves as the breeding centre for gharials and marsh crocodiles.

Today it has three barking deer, two peacocks and a jungle fowl. The centre was established with funding support from the World Bank through the IDA Project for Strengthening Regional Cooperation for Wildlife Protection in Asia.

The ministry inaugurated its 100th farm shop at Sakteng, Trashigang yesterday. So far, the Food Corporation of Bhutan, which runs the shops, has distributed agricultural inputs worth more than Nu 8 million through the outlets spread across 17 dzongkhags.

The forest department conducted the salang tendrel for the construction of the office of the Jomotshangkha Wildlife Sanctuary (JWS) which was also inaugurated yesterday.

A nature conservation division official, Ngawang Gyeltshen said that the wildlife sanctuary which is home to Asiatic Elephants, tigers, and hornbills, among others, was expanded from 337 to 1,160km2. It is the only habitat for the critically endangered Pygmy hog and hispid hare. It covers seven gewogs of Samdrupjongkhar from Phuntshothang to Lauri. JWS borders the Sakteng Wildlife Sanctuary in the north and connects to the Royal Manas National Park through the RMNP-JWS biological corridor.

A newly discovered dragonfly was also named after HRH The Gyalsey. A zoology lecturer of Sherubtse College, Thinley Gyeltshen and two other researchers from the Naturalis Biodiversity Centre, Leiden in Netherlands discovered it in Trongsa. The dragonfly was named the Gyalsey Emerald Spreadwing during the ceremony.

Today there are 113 dragonfly species found in Bhutan out of more than 150 estimated species globally.

WWF Bhutan office launched a pictorial map capturing  biodiversity, culture, wildlife and people in colourful caricatures. The aim of the map is to instil curiosity and excitement among children to learn about the nature and about preserving the environment.

Lyonchoen said that there was no better way to celebrate HRH The Gyalsey’s birth anniversary than by celebrating the natural resources in the country.