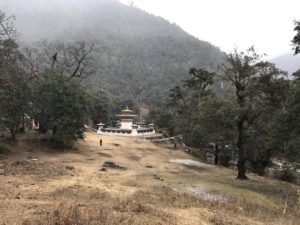 Tourism: Although the Bhutan-Korea friendship offer is expected to benefit the tourism industry during the lean season months, most tour operators remain skeptical of the offer.

Tour operators expressed dissatisfaction over the offer saying the industry was not consulted and that they did not receive prior information, as was the case with the Thai and Japan friendship offers.

Tour operators said that they were called for a consultation meeting last month only to inform them that the Cabinet had approved the Bhutan-Korea friendship offer. They said as Korea is not a major market for Bhutan, they were skeptical if the offer will be able to attract visitors.

Tour operators said such offers since 2014 have disrupted the market rate affecting the regulated tariff while their counterpart agents kept demanding similar discounts. “Such offers could go on with all source markets now that the precedence has been set,” a tour operator, on the condition of anonymity, said. “It’s ultimately the tour operators and hoteliers who are at a loss.”

Some tour operators were of the opinion that it is time the government reduces the royalty of USD 65 a day per night and the visa fees.

Another tour operator said it seems like the government is slowly preparing for mass tourism, which is good in a way.

He said that unlike in the past, there are many players in the tourism industry today. “With that the competition is intense which ultimately boils down to pricing and numbers,” he said.

Tourism stakeholders said that it was time the government undertook a proper review of such offers through an independent body and not the Tourism Council of Bhutan (TCB).

TCB on January 17 launched the Bhutan-Korea friendship offer to mark three decades of diplomatic relations between the two nations. As part of the offer, all Korean nationals visiting Bhutan this year during the lean season months of June, July and August may choose not to pay all-inclusive mandatory minimum daily package rate of USD 200 a person per night.

Instead, they will only pay the royalty of USD 65 a person per night. Besides, visitors can also avail 30 percent discount fare on Drukair and Bhutan Airlines and up to 50 percent discounts in hotels.

Visitors also have the flexibility or choice of services and they need not pay the surcharge of USD 40 a person per night and USD 30 each for two persons. All visitors are mandated to book their trip through licensed Bhutanese tour operators.

Hotel and Restaurant Association of Bhutan’s vice president Sonam Wangchuk said such off-season initiatives would help attract a lot of tourists especially by improving occupancy which is good for all hotels.

However, Sonam Wangchuk said he is more concerned of how and on what basis the countries are chosen. For instance, he said when it comes to Korea, it needs to be seen how relevant it is to Bhutan and the number of Korean visitors to Bhutan besides connectivity issues.

“Once we float such packages, we’ve to be mindful that our grounds are prepared so that we make no errors in future,” he said.

Sonam Wangchuk also said that while it was appropriate for TCB to come up with such promotional offers, all tourism stakeholders should be consulted so as not to undermine Bhutan’s age-old tourism policy.

Officials said that the Bhutan-Korea friendship offer is a good opportunity for TCB and the tourism partners to explore new opportunities. “Such special offers in the past has benefited the tourism industry immensely at a larger scale which otherwise may not have happened in the low tourist season,” an official said.

Guides Association of Bhutan’s chairman Garab Dorji said such offers are a good initiative. “So long as we get more tourists, its good for the guides,” he said. “More the merrier, especially during the off-season.”

However, he said it is an issue when it comes to non-English speaking visitors given the shortage of language speaking guides. “Overall, it’s a good initiative. It’s like promoting competition by making us provide the best in terms of services to visitors,” he said.

Meanwhile, some of the highlights of the events in June, July and August this year are the Royal Bhutan flower exhibition in June, the Haa summer festival in July and the Matsutake mushroom festival in August.